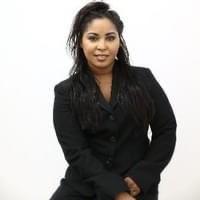 Native Californian, Alene Wilson-Harris  Born in San Bernardino California, the daughter of legendary R&B/Soul singer Al Wilson (Show&Tell, The Snake) she began life among the lights and sounds of the entertainment industry. As a toddler, they relocated to West Hollywood, and it wasn’t long before she was seen with her father on “Soul Train” appearances. The first, where she was introduced to the world, by Don Cornelius, and the second, when she traded places with Mr Cornelius, and introduced her father, for one of his many appearances on the show.  By age 4, she toured the country with him, opening his shows as his MC. Following that, she booked a variety of national print ads and commercials with companies like Mattel Toys, McDonalds and KFC, to name a few.
At age five, Alene met Broadway and Television actress, Ms. Chip Fields-Hurd (“Good Times”) who brought her into her drama/repertory company and mentored her. During her years with Ms. Fields, Alene, was a featured co-star in various musical theater productions, written by Fields,  like, “God Bless The Child” which co-starred Janet Jackson.
Alene’s credits grew with memorable guest starring roles including television shows like the Emmy nominated episode entitled, “Murder”, on “The Lou Grant Show” (Ed Asner), “The Jefferson’s”, “Little House On The Prairie” and Different Strokes, and The Young and the Restless. Her roster of commercial ads grew to include Arrowhead Water, Multiple McDonalds ads, NBC Sneak Peek and Fun Fitness Test, and was a repeat guest star on the Saturday Morning commercial PSA’s, “One to Grow On”.

As a teen, she took a sabbatical from her television career.  She is a trained dancer in Ballet, Jazz, Modern and Liturgical, among other genre. and attended some of the top dance schools in the L.A. area. She was accredited and certified as gifted and talented in dance receiving perfect scores from the Los Angeles Unified School District/Cal State LA consortium while in Jr. High School.
She dabbled in cheerleading & modeling, she pursued and held “normal” jobs like working at Wells Fargo at the age of 16 as a bank teller, before graduating from Fairfax High, in Los Angeles.
At 23, while absorbed in a “normal” adult life, a trip to Circuit City and destiny landed Alene in an all girls, R&B/Pop group, TYTE. Within a year, the group signed with Multi Platinum artist Coolio, for management and ultimately, signed a recording deal with Mercury Records. During the group’s years together, they did various performances and recordings, “Sista” being featured on Emmy winning actress Lily Taylor’s breakout film “GIRLSTOWN”. While in the group, Alene began to developed her musical writing and production talents and earned credits as Writer/Producer on Coolio’s, “My Soul” Album (ASCAP’s Rap album of the year 1997) with her song, “Nature Of The Business” a theatrical, story song, in which she also featured her father, Al Wilson, singing vocals on the chorus. Nature of the Business received favorable mention in “Rap Pages“ and Source magazine.
While recording with TYTE, Alene met Producer|Artist/Writer, Samuel Harris, (Formerly of “Who’s Who” R&B group/Dr. Dre’s, “Aftermath” record label.) They married in 1998 and after leaving their respective groups, later moved to North East Ohio where, together, they have since done music, radio commercials, developed Performing Arts Programs and events and worked with various companies and music artists. Alene has worked as an educator, teaching grade levels PreK-12 in Ohio and was honored in May 2022, by the Americans For Prosperity Organization, for her community service in the area.
As a hobby, Alene has also been featured as an adult, in commercials for Home Savings Bank and Southwoods Hospital, and has done various voice over commercials heard on commercial radio in the area. She also became the host and content producer for Armstrong Cable’s Kid’s Corner show in October 2015- 2018 and did a brief stint in commercial radio as a DJ, on a local stations’ syndicated Steve Harvey Morning Show.
Alene is a Cum Laude, graduate with a BA in Telecommunications, minoring in  Music Recording/Music Industry, and completing most of the upper division coursework for a double minor in Psychology.
She is also creator/curator and host of, “The American Beat Radio Show”, which ran for 7 seasons on YSU’s Rookery Radio college radio station and featured all up-coming Independent Music artists of multiple genres.
During the show’s run, she interviewed and helped break music artists like Grammy winner, Fantastic Negrito (Hand of GOD Soundtrack Theme) and My Brothers and I, (GOD Friended Me, and the Queen Sugar Soundtrack). 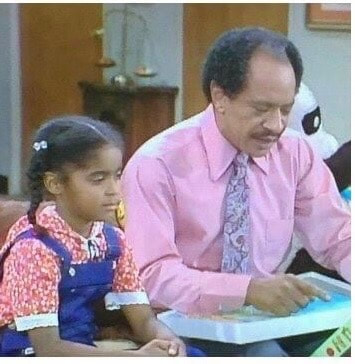